Our Work Past Campaigns and Projects

Past Campaigns and Projects 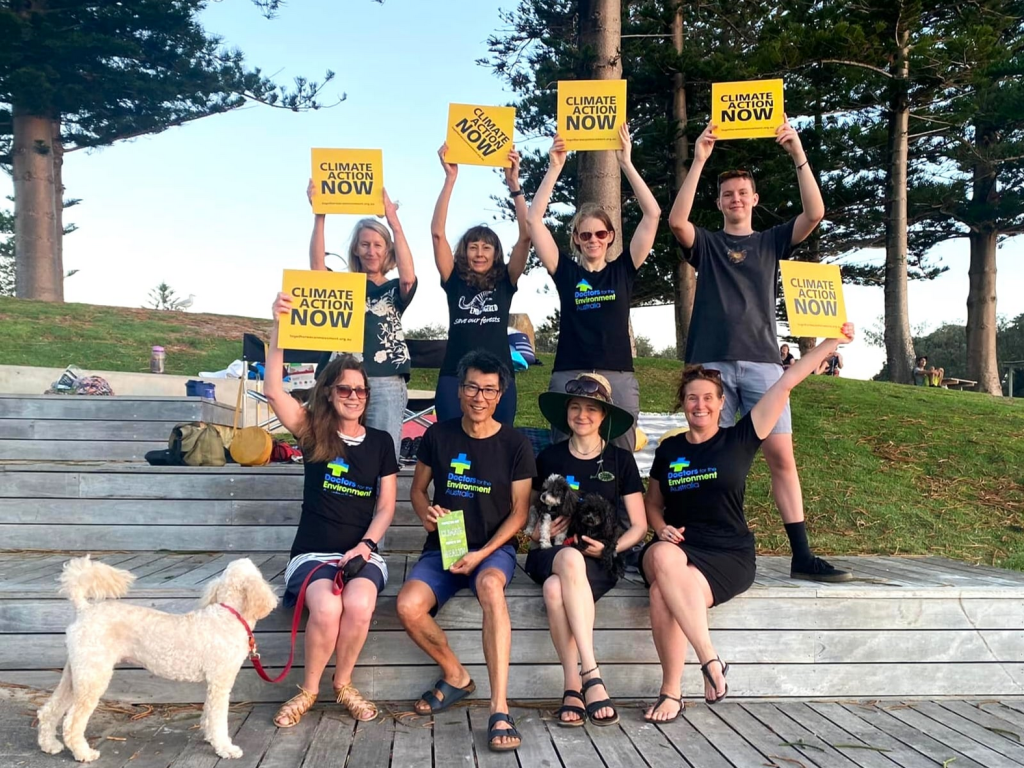 In the lead up to the 2022 federal election, DEA ran a nationally coordinated grassroots campaign in five electorates to raise awareness of the links between climate change and health, and to urge all political parties and candidates to make strong commitments to climate action.

In the electorates of Boothby (SA), Curtin (WA), Higgins (Vic), Leichardt (Qld) and Wentworth (NSW), teams of DEA’s doctors and medical students used their influence and high levels of public trust to build community support for climate action. They also built relationships with all electoral candidates to promote multi-partisanship on climate. Engagement with the medical profession increased awareness of climate change from a health perspective and encouraged a greater commitment to climate action within the health sector.

The Code Green campaign first appeared in 2009 as a joint initiative of Doctors for the Environment Australia and the Australian Medical Students’ Association (AMSA). In 2010 the campaign was run as a ‘National Week of Action’ from August 1–7, with the aim of mobilising students in all states and territories and providing maximal community and media exposure.

Student teams in each state were asked to run events that explained the relationship between climate change and health to other medical students and health professionals, events that communicated the urgency of the issue to politicians and the broader community. Events ranged from movie screenings to lunch time talks, quiz nights to political briefings and radio interviews.

All states also held a tree-planting day, which provided a highly visible opportunity for media
coverage and exposure to the broader community. In New South Wales, the tree-planting event
was attended by Mayor of Leichhardt Rochelle Porteus, and state Greens MP Jamie Parker who
subsequently gave a speech to the NSW parliament about Doctors for the Environment Australia and Code Green.

Action on Pollution from Coal

During 2011 the policies on coal mining and combustion developed in 2010 were aggressively
pursued by Doctors for the Environment Australia. Two important initiatives were commenced in Victoria and in SA which yielded positive outcomes in subsequent years.

Doctors for the Environment Australia had opposed the proposed Dual Gas Demonstration Project, Morwell, Victoria that planned to use brown coal, due to the potential adverse health effects locally and from greenhouse gas
emissions.

We obtained pro bono legal counsel to oppose the development, along with other groups, through
the Victorian Civil and Administrative Tribunal. Doctors for the Environment Australia advocated for the closing of the Playford brown coal burning power station in Port Augusta SA and its replacement with solar thermal energy.

Our advocacy was based on the health of inhabitants of Port Augusta who suffered increased incidence of lung cancer and childhood asthma.

Advocacy on the Potential Harms of the Unconventional Gas Industry

Doctors for the Environment Australia made a policy decision to advocate on the potential health impacts of the coal seam gas industry.

A submission which was a landmark for Doctors for the Environment Australia in its comprehensiveness and analysis of a complex problem was made to the Rural Affairs and Transport References Committee Inquiry into management of the Murray Darling Basin – impact of mining coal seam gas.