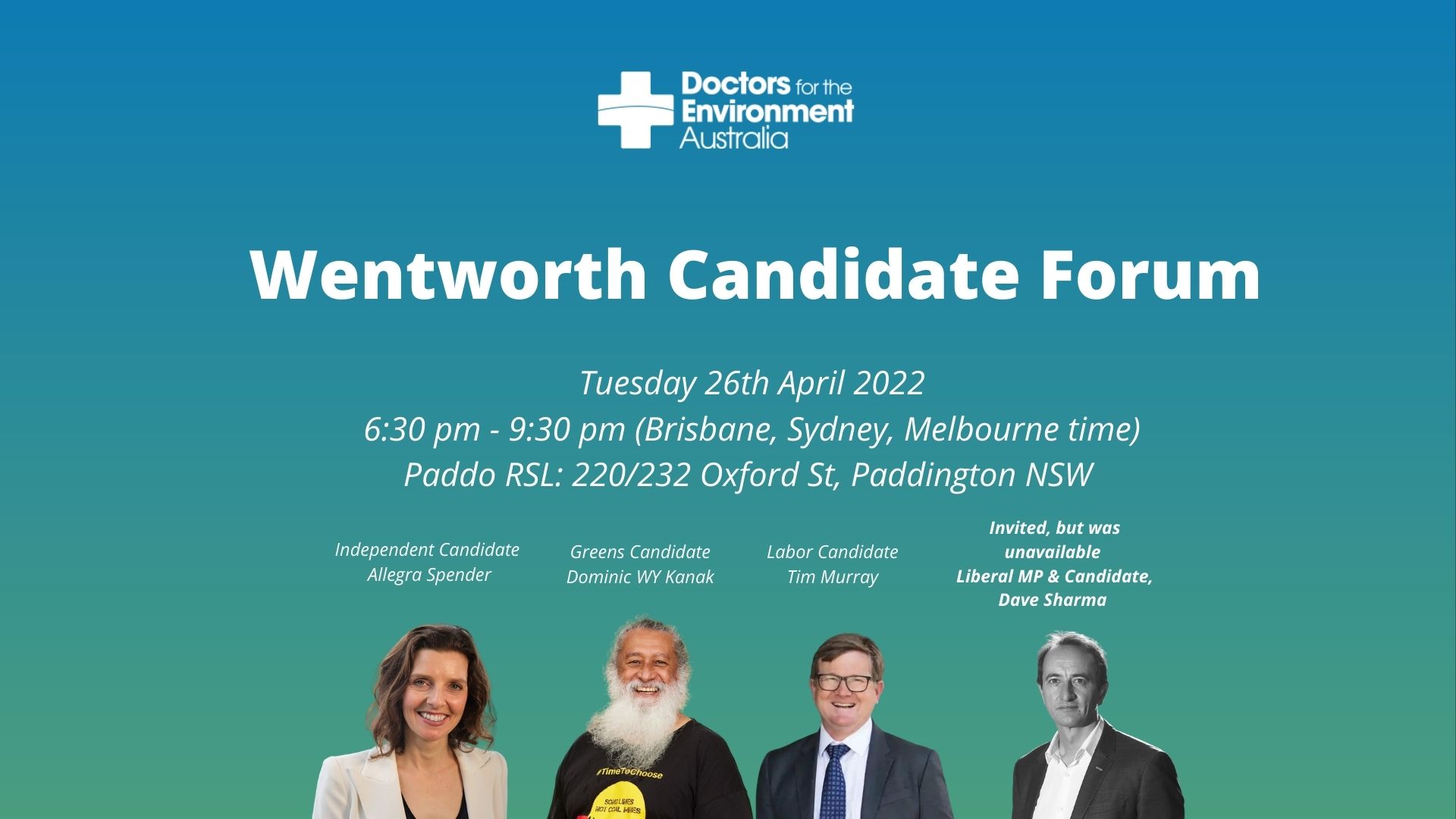 Doctors for the Environment Australia (DEA)  want an ambitious national plan to cut climate pollution (emissions) this decade to protect health, with strong, science-based targets with a rapid transition to renewables and away from fossil fuels.

In addition they call for strong laws to prevent further deforestation and biodiversity loss.

For the health sector, climate change is a public health crisis requiring our urgent attention.

A recent survey has found that investing in clean transport is Wentworth’s #1 priority for greater action on climate this decade.

66% of people in Wentworth

65%of people in Wentworth

want greater action on climate change by the federal government as they believe it would be good for their health.

If you want to know where Independent candidate Allegra Spender, Greens candidate Dominic WY Kanak and Labor candidate Tim Murray stand on these issues, join us at this important event to hear from the candidates themselves and to ask questions at a Q&A session afterwards.

There has never been a more critical time for Australia to address climate change, and it needs to happen this decade.