Picnic Party for Our Planet 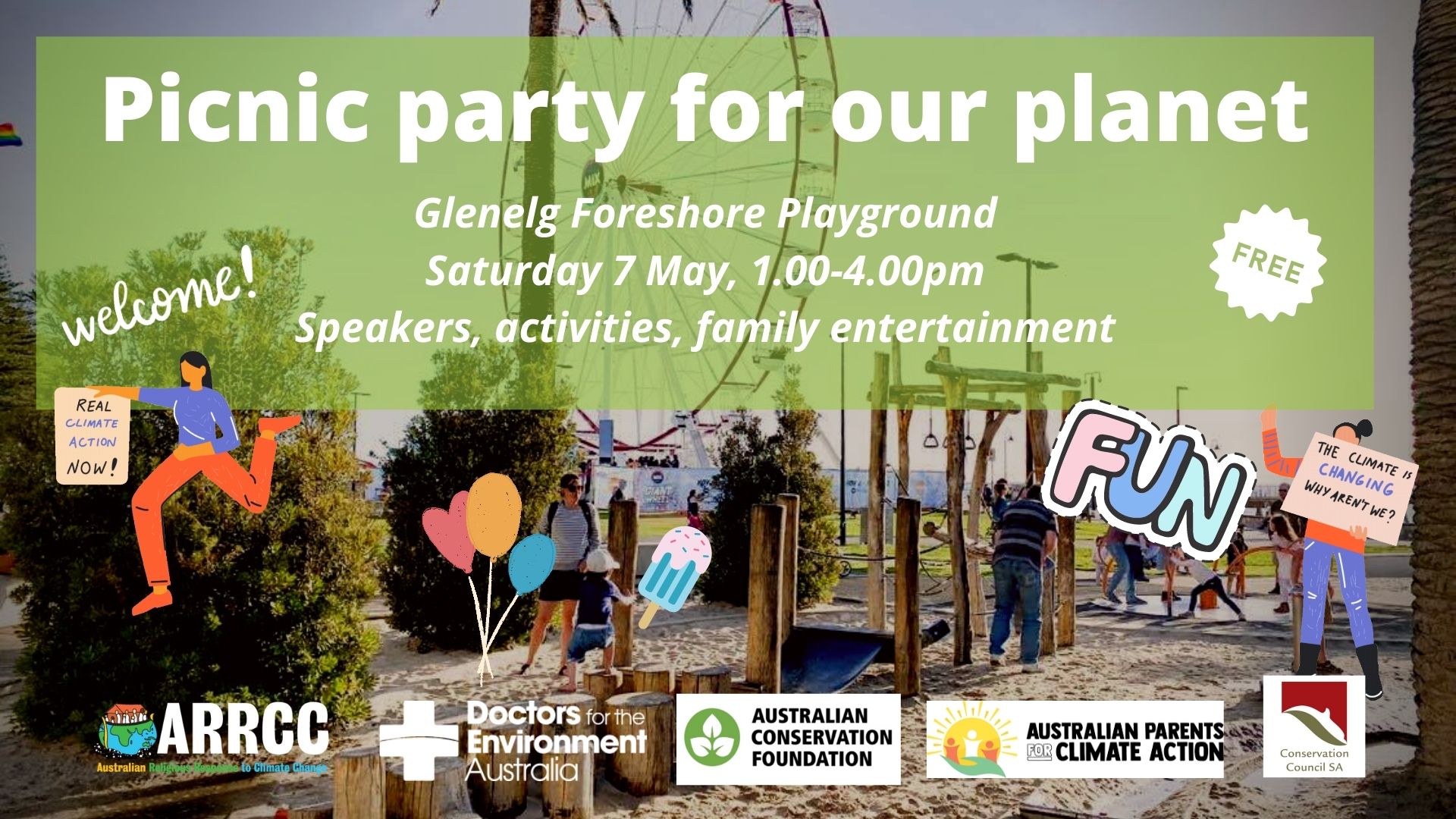 The Picnic Party for Our Planet is a non-partisan, family friendly event that aims to move all sides of politics forward on climate action. The event will be a fun opportunity for families to come together, hear some live music, learn about the climate action groups in their area, and show candidates and MPs how much Boothby residents care about the planet and our children’s future. The event is hosted by a range of local community groups.

The afternoon in the park will feature:

Dr Kate Wylie Adelaide GP and chair of the Royal Australian College of General Practitioners’ climate and environmental medicine group and DEA member will speak about the health *benefits* of climate action initiatives.

Craig Wilkins Chief Executive, Conservation Council of SA will talk about the conservation wins that have been pushed for by collective action by ordinary South Australians.

Dr Jasper Lee Adelaide Dentist, and SA Parents for Climate Action, Lead Organiser will talk about the incredibly exciting Solar Our Schools initiative, and how busy parents have been successfully banding together to advocate for our children’s future with our local candidates and MPs.

Others to be added soon!

Peter Combe OAM is an Australian children’s entertainer and musician. At the ARIA Music Awards he has won three ARIA Awards for Best Children’s Album, for Toffee Apple (1988), Newspaper Mama (1989) and The Absolutely Very Best of Peter Combe (So Far) Recorded in Concert (1992) and three additional nominations (Chopsticks (1990), Little Groover (1996) and Live It Up (2017)). His best-known tracks are “Toffee Apple”, “Spaghetti Bolognaise”, “Mr Clicketty Cane”, “Juicy Juicy Green Grass” and “Newspaper Mama”. His Christmas Album (November 1990) reached the ARIA Albums Chart top 50. Peter has also written a climate action song for children “Sun comes up, sun goes down” which he will be performing with some children at the picnic on Saturday.

Others to be added soon!