AMA/DEA Media Release: Governments and the healthcare sector must lead on climate change 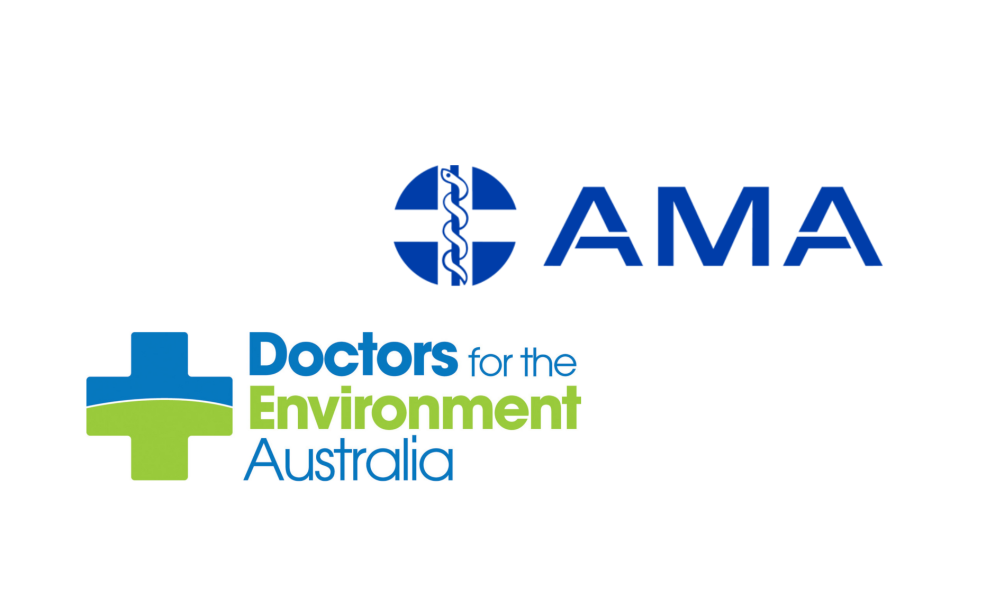 Australian doctors are pushing for greater buy-in from the health care sector to reduce its carbon footprint and are urging further action from medical colleges who signed up to a new communique for action.

The second annual meeting of health leaders came together at a virtual webinar last night with 11 colleges signing up to the communique and sharing steps they’ve taken to combat climate change.

Health Minister The Hon. Mark Butler addressed the webinar, part of the partnership between the Australian Medical Association and Doctors for the Environment Australia (DEA) and moderated by DEA Chair, Dr John Van De Kallen.

Minister Butler told the webinar he was committed to pursuing a climate and health policy and connecting the two.

“We’re committed to putting in place this strategy, I’ve already asked my department for advice about how we can do that, we’ve got really good buy-in from the state health ministers, and territory heath ministers as well and I’m just so delighted there’s real momentum in the health sector itself.”

Professor Steve Robson said he would use his position as AMA President to set the health agenda and that included strong action to protect Australians from the health effects of climate change.

“As President of the AMA, I seek a strong and united coalition for action because I don’t think we have any time to lose. As a profession, we have a responsibility to do everything we can to bequeath a heathy planet to our children and their children.

“Climate change will have health effects on a scale that people are barely able to comprehend,” Professor Robson said.

“We’re already seeing a series of rolling health crises around the world, but these are just the beginning. We’re facing the prospect of literally billions of climate refugees across the planet, it’s a crisis so enormous that it’s almost impossible to grasp.”

The Communique states that medical leaders acknowledge the extreme risk posed by climate change both to global health and to the health of all Australians, and their duty of care to act urgently.

The signatories to this Communique support:

The full Communique is attached here

The Webinar can be viewed here